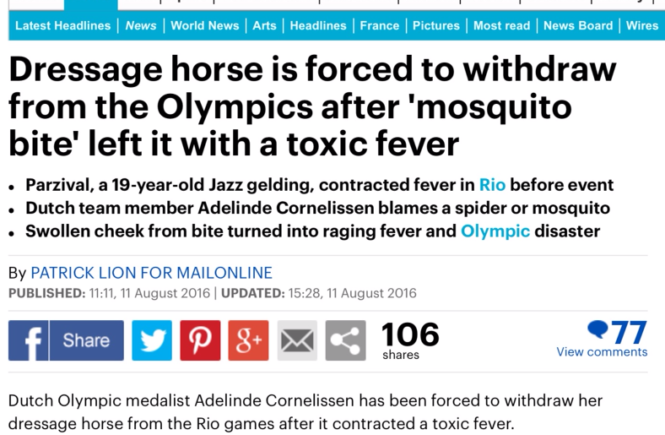 The headlines read “Rider Adelinde Cornelisse quits Rio 2016 after horse falls ill” , “Dutch dressage rider quits Rio Olympics to save sick horse.” With a silver at London 2012, she was certainly more than just a contender, she was one of the favourites but then an infected insect bite stopped her Olympic gold hopes. The papers all played the dramatic card but I like her report. The facts of what happened, ending with this:

“When I entered I already felt he was giving his utmost and being the fighter he is, he never gives up… But in order to protect him, I gave up…My buddy, my friend, the horse that has given everything for me his whole life does not deserve this…. So I saluted and left the arena…..#twohearts”


Now, I imagine we have all been there, on a lesser scale perhaps, but do we always make the right decision? This Dutch rider had her team and her country depending on her but was still able to put her horse’s welfare first. With all the negative press in regards to harsh treatment of horses in dressage – What a fantastic advert for the sport.

I have been in this position a few times. Memorably, my final time at the Horse of the Year Show with Pie, he wasn’t right. He seemed low in his stable but I put it down to the unusual environment. He felt flat in the warm up and I thought he would brighten up when he started jumping. I went in, had the first three fences down and struggled to finish. I knew something was wrong but I put my dreams above Pie’s safety. He came home, rested up and was back to his cheeky self in a couple of weeks. I was lucky, but what if he had tripped and hurt himself. What if it had been worse than a virus and the strain was too much. I learnt a valuable lesson that day.

But another time, I made the right decision. Jumping in the Open final at the BSPS Summer Championships, I jumped into a double badly and made the split second decision to pull him out rather than push for the second part. I remember a girl asking me after what had happened and she laughed at me when I said I didn’t want him to get hurt. Saying “but you could have won!” 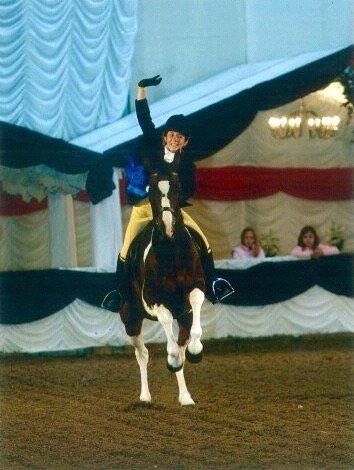 The next day, I jumped the Desert Orchid final (the biggest class of the week), poetically finishing on the very same double, we cleared it and won the class. One of my life’s proudest moments.

Always put your horse’s welfare above everything else. Adelinde gets to take her buddy home, she will win another day, as did Pie. 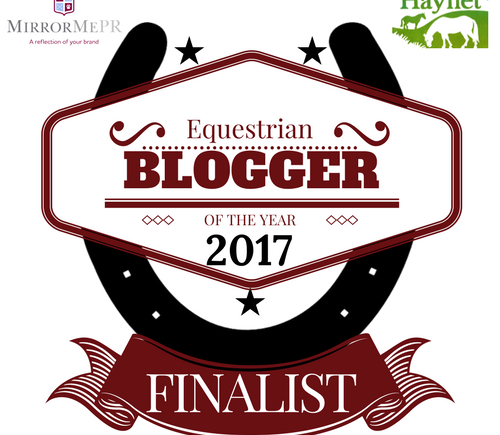 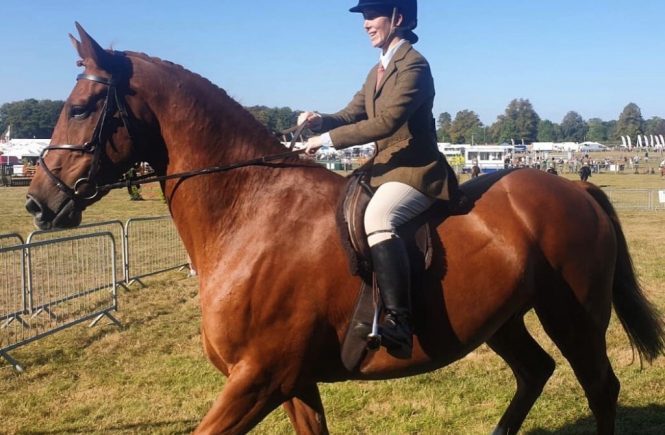 Under pressure – One week until HOYS 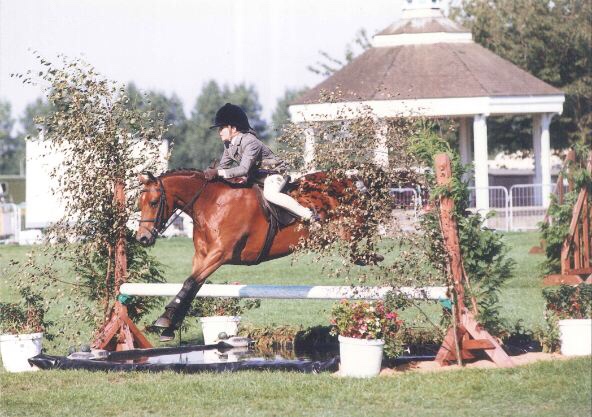