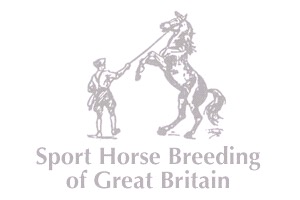 I arrived at the Oaksey Centre in Lambourn for the Sports Horse Breeders (GB) annual general meeting. I left the leather jacket behind this time, instead going for jumper and jeans but yet again missed the dress code of anything as long as it’s tweed. I looked around and saw a few familiar faces – well known horsey faces and people I knew well enough to smile at across a room but I was definitely the awkward loner for a minute. Everyone  said hello to everyone they knew – and said hello to people it was strategic to say hello to I imagine.

I was very pleased when Sue Rawding came over and introduced herself (although no introduction was necessary!). It was refreshing to be welcomed as an anonymous newbie to most of the crowd. I think she and Jack Cochrane could be an amazing asset to the committee – they got my vote!

So what did I learn from the AGM? What did I come away feeling? Truthfully, disappointed.

Carole Mortimer talked about breeding and grading that had occurred in recent months adding some good quality new stallions and mares to their books but the general issue was a lack of breeders coming forward. I admired Jennie Loriston-Clarke’s passionate self described rant about breeders choosing Dutch societies over British. So I had to ask why and the answer was disappointingly that there is a perception that horses are worth more registered as Dutch!

We have immigrants from all over the world fighting for a British passport but horse breeders want to go Dutch!? The answer has to be to change the perception. Dutch horses may be known as talented but a top vet was quoted as paying for their mortgage with the issues inherent to Dutch breeds whereas a good British thoroughbred is known for soundness, health and agility- maybe change the focus to that? With the numbers of people wearing fake team GB jackets at shows, the campaign for eating and shopping British and the national pride that there always is in Britain – take the focus there?Put a big Union Jack on the passports and get people behind the cause!


Then we moved onto Jane Cooper’s report on the showing side and the annual championships. Last year the new venue seemed costly although Jane seemed confident in the financial situation improving. Tim Price, however, has offered Addington as an alternative venue. But then it came to what qualifiers would be available and the negativity yet again started. “The show doesn’t get the support that it should.”, “without qualifiers no one will come”, “people won’t take a day off work for it”…

Again the value is missing – so change it? Be the show that thinks about its exhibitors, avoid the pitfalls other big shows have, bring back some old fashioned values, get some decent prize money… Make the Sports Horse (GB) championships the show to be seen at and the show to win. As the amazing David Ingle said “Build the show and the people will come!”

Then onto Samantha de Caprio with a marketing update. It sounds like a great new website is being created and she seemed pretty screwed on with things generally but I feel maybe an opportunity was missed at the AGM. You have a group of people keen enough about the society to drive to Lambourn on a Tuesday morning to hear about what’s occurring, you have some of the best breeders and show riders in the country sat in one room and yet you didn’t use them. No asking for ideas, no asking for feedback, no asking for sponsorship… There was a comment made about the name change and how HIS (Hunter Improvement Society) was a far better name and the renaming has meant a loss of status. Sam was fast to make valid points about the cost of rebranding but couldn’t give us a positive thing about the new name to change the feelings. I wished we went away with a sound bite to represent the society in a positive light. When I meet a breeder what do I say to influence them into registering with the society? Word of mouth is a powerful marketing tool…

So I was disappointed. There is so much knowledge and passion and so much could be done to create an incredible society but I fear that we will be having the same conversation next year. I truly hope I am wrong.

I have just realised how many exclamation marks I have used in this blog, maybe a few too many, but it shows my feelings. If there is something wrong, stop just talking about it and get things changed!!!